What are the most downloaded apps in the business world? Distimo, a well-known system of statistical analysis and Mobile analytics, has recently outlined a special list dedicated to productivity apps used by Italian managers. Let's find them out together...

Managers that own an iPhone use their mobile device as a scanner for digitizing documents and sending them quickly. As a matter of fact, three “scanner” apps occupy the top 20 and "My scans free" is placed first. Much importance is also given to security: in second place we find "Keeper", a handy app for data protection. Certainly, "Dropbox", the popular service for sharing files and folders, couldn't be left out of the podium.

Therefore, it seems that Italian professionals show a lot of concerns for the physical security of their device and want to protect their data, so much so that we can see from another ranking that the most downloaded apps in utilities are those related to alarms, such as "MyTecnoalarm" and "iParadox".

Just off the podium of productivity apps, we find apps that are useful for those who travel abroad constantly and need a translation support. We find “iTranslate Voice 2" in 5th place while "iTranslate" in the 8th. Managing appointments is another priority and that's why in the top 20 we find "CalenMob" and "MyCalendar free" (17th and 18th). It's worth noting that Microsoft Office, available only from just a few days, has already jumped to 14th place.

The 20 most downloaded productivity apps for Android tells us that improving the keyboard is a need shared by many. The first app we find is “SwiftKey Keyboard", followed by "Swype Keyboard", in 4thplace “ai.type Keyboard Plus” and in 21st “A Keyboard”. It seems that Google should do something about the integrated keyboard... Android's owners are concerned as well about security, much more that iPhone's owners. "McAfee Antivirus & Security" is in 8th place, followed by "Cerberus anti theft". Android's users seem to be terrified of viruses and malware and that is evident when looking at the ranking of the most downloaded tools: in the first 10 positions we find 6 antivirus apps. Jumping back to productivity, we find many trends that are in common with the Apple world, such as using a mobile device as a scanner and adding calendars to manage appointments.

Are you using these kind of apps as well to improve your productivity outside of the office? What are your favorite apps?

Below, the 10 most downloaded productivity apps for iPhone and Android by Italians, in the first three months of 2014. 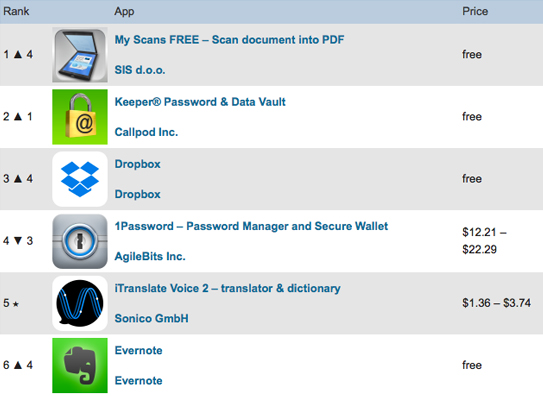 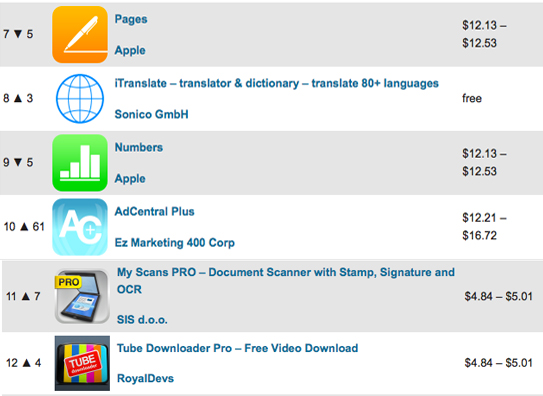 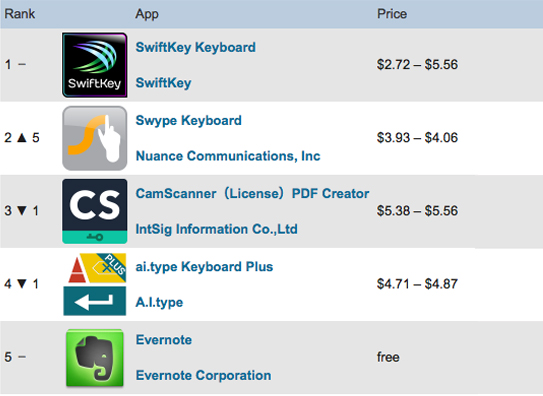 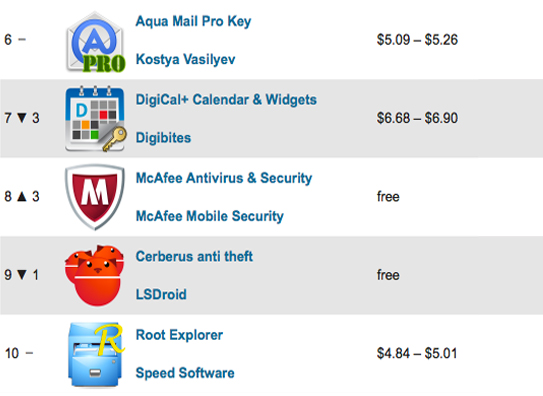