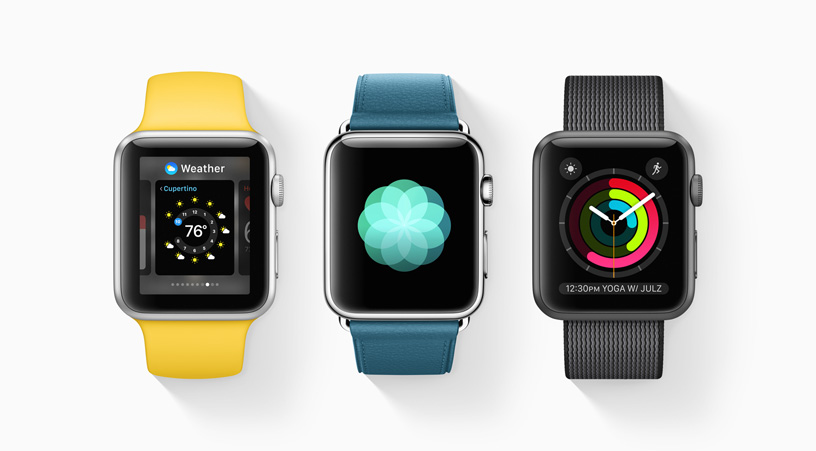 The new Apple Watch OS update brings out a clear improvement both in performance and in browsing experience, along with new health features.
watchOS 3 introduces a new Dock that houses a user's favorite and recently used apps so they're easier to access. Favorite Apple Watch apps saved to the Dock are kept up to date and are able to launch instantly, cutting down on app loading times. A new Control Center with more information is available when swiping upwards on the Apple Watch screen, the same gestures found on iPhone.
Scribble, a technology that allows users to draw characters on the screen in order to reply to messages, has been implemented.
There are three new watch faces, including Minnie Mouse thanks to the partnership with Disney, but also a new minimal clock face that changes throughout the day.

As for the health section, a new SOS feature has been implemented: pressing the off switch will enable to make automatically a distress call along with a message that contains current location to relatives. All first-aid numbers are saved on the watch, so when users are abroad, they won’t have to memorize them.
watchOS 3 places more emphasis to the Activity app, which shows a large view of your daily activity rings, so activity and exercise progress can be viewed at a glance. Activity sharing is new in watchOS 3, allowing Apple Watch owners to share their workout and activity information with friends to compete and stay motivated.
There are settings in the Activity app to customize workouts and activities for Wheelchair users, with wheelchair pushes contributing to all-day calorie goals and "time to roll" notifications instead of "time to stand" notifications.
Finally, a new Breathe app is designed to guide Apple Watch owners through daily deep breathing sessions, that last from 1 to 5 minutes, in order to cut down on stress and induce relaxation.

watchOS 3 will be available this fall as a free update for Apple Watch, but for iOS Developer Program’s subscribers, the update is already available. 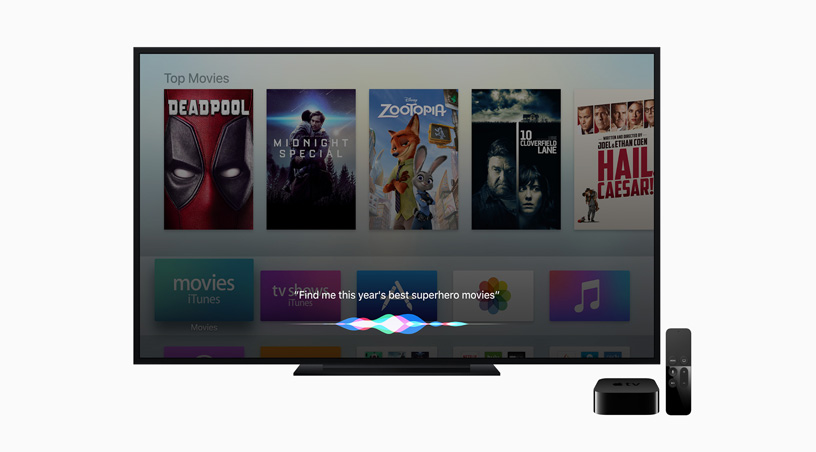 “The future of television is apps”: with 6000 apps on the store and 1300 channels, the Cupertino company unveiled many new features for this platform. Beyond news like the integration of Fox Sport, which supports up to 4 events simultaneously, here’s what going to bring to the table the next tvOS:

Developer Preview is already available, while 4th generation Apple TV owners will have to wait until next fall. 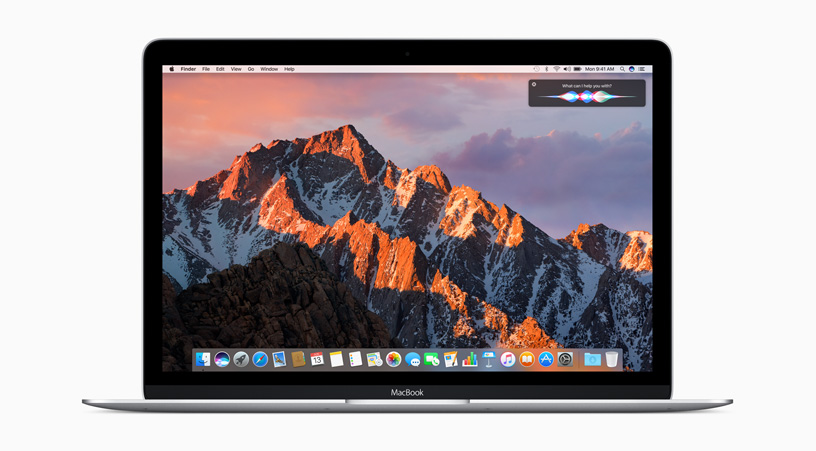 After a distinguished 15-year career, the OS for the Macintosh officially changes its name from OS X to macOS.

macOS Sierra, the update’s name, is full of new features that will make your Mac even more intelligent and functional.

• Continuity
Introduced in the latest OS X updates, Continuity refers to all the features that shorten the distance between desktop (macOS) and mobile environment (iOS). Apple introduces:

• Optimize Storage
It’s a feature that automatically clears up space in storage supports by sending old files to the cloud in order to make room to new ones or by deleting obsolete files (for example Safari’s cache).

• Apple Pay
The electronic payment system from the Cupertino company will be integrated into the browser. Apple provided a login system that uses the iPhone touchID to finalize the purchase. Apple Pay is still not available in Italy, however the company confirmed that they are working on it. As a matter of fact, the service will be available in Switzerland, France and Hong Kong over the next few months.

• Tab
The ability to manage tabs on a browser will be extended to Mac apps and several third-party apps.

• Picture in Picture
A feature that allows to drag a video window, from browser to desktop, as it happens on iPad already. It will be resizable and draggable.

• Siri for Mac
The voice assistant comes to Mac. The icon will be located directly on the dock, while Siri window, with the voice commands’ results, will appear by default at the top right.
The content research, stored locally, is even more intelligent: for example, you can give the order to search files that you used in a certain period of time. Results can be anchored in the notification area and quickly reused.
Siri will be able to send text messages to contacts, start a playlist, check the web and make a purchase using Apple Pay, even in full screen.

Developer preview will be available starting today, the public beta in July and the stable and final version in the fall. Defined by Apple as “the most important release ever”, the new mobile OS update is full of new features.

Apple’s encryption is end-to-end by default to protect users data and make them unavailable both to Apple and third parties. iOS 10 uses on-device intelligence to detect people, objects and places in Photos, and suggestions in QuickType. Services like Siri, Maps and News send data to Apple’s servers, but they are not used to assemble user profiles. Starting with iOS 10, Apple is using Differential Privacy technology to help discover the usage patterns of a large number of users without compromising individual privacy.

Developer Preview is already available, the beta in July and the stable and final version in the fall. 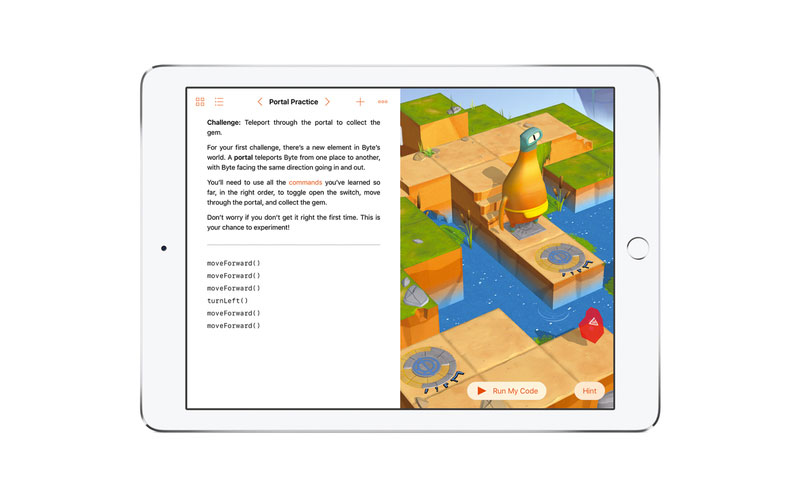 This iPad app has been designed with the intent to teach younger kids how to code. The programming language is obviously Swift.
The app features many classes, tutorials and examples, created by Apple’s developers; since it’s for kids, the app is designed to be like a “video game”, with targets, competitions, characters to move and challenges to overcome. However, the goal is to generate “real” code to be used to create apps that work.

Developer Preview is available starting today, the public beta in July and the release on App Store in the fall.