The Rise of the GIF: An Unstoppable Trend

Animated GIF - short videos often taken from movies and TV shows - are prevailing on simple images. They have quickly gone viral and it is estimated that their popularity will keep on rising throughout 2016.

The animated GIF format (Graphics Interchange Format) was introduced for the first time by Steve Wilhite in 1987 as a way to provide a proper format for color images, replacing the earlier format, which was black and white only. To sum up, this format produces simple looped animations, a number of frames that are displayed in succession, creating the illusion of movement, ideal for the web.

Years later, the Internet has discovered it again and now GIFs are very popular on websites and social networks all over the world, because the format is a simplistic way to express something. On one hand, the GIF phenomenon combines the app Vine with the emojis, on the other it’s a way to dust off a format which was born on the dawn of the Internet.

Acknowledging the huge potential of GIFs, many significant brands have implemented them as part of their social advertising strategy for their products and/or services. The format represents a revolution in Content Strategy and it suits any brand, because it’s a visual content marketing tool to relaunch and enhance the online presence.
As a matter of fact, GIFs are able to tell a story in a just few seconds, brands can put themselves on the same level as their customers and promote themselves in a faster and more interactive way.

Companies such as Microsoft with Outlook, Facebook, Twitter, Tumblr, Tinder, Telegram and Instagram with the app Boomerang have implemented this format into their services through Giphy, the world's largest library of animated GIFs. As an example, over 10 million GIFs have been shared on Twitter alone just last year.

Following this success, Giphy itself has introduced a software keyboard, “Giphy Keys”, to share animated GIFs directly in text messages. Currently available on iOS only, the app allows users to search for GIFs right from the keyboard. 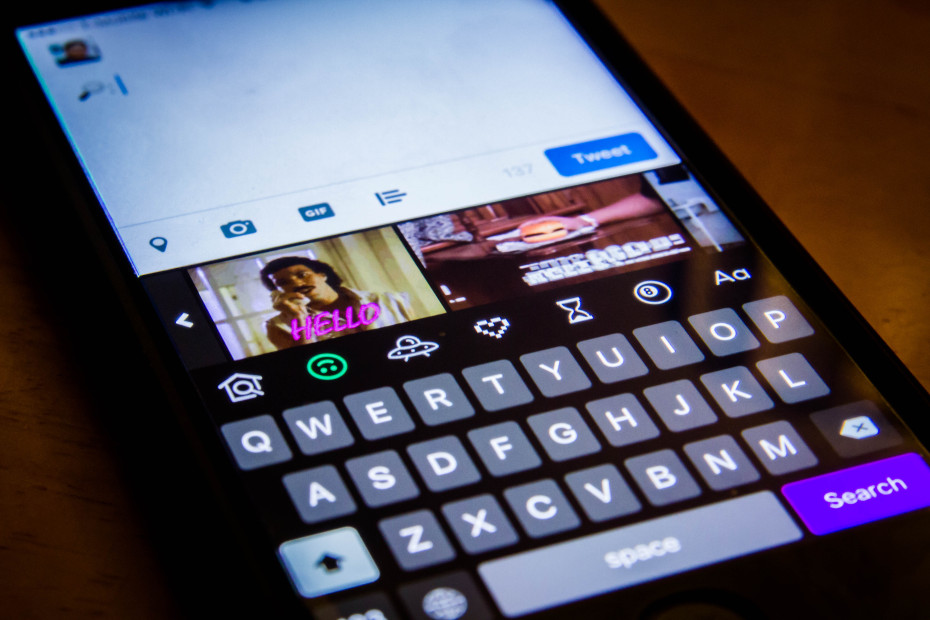