The First Unmanned Grocery Store: All It Need Is An App

While in the United States Amazon is opening brick-and-mortar stores, Sweden opens the first 24-hour automated supermarket: all it needs is an app to enter the store and to use self-checkout lines. At the end of each month, the app sends out an invoice to charge users for their purchases.

The idea comes from a 39-year-old Swedish IT specialist Robert Ilijason: home alone with his hungry son, Ilijason had dropped the last baby food jar on the floor and had to drive 20 minutes to find a supermarket that was open. Robert then decided to open an unmanned grocery store that could stay open around the clock.

Customers are required to register for the service and download a smartphone app, which they can then use to unlock the door by placing it near an optical device. Opened since January, the grocery store carries basic household grocery item, from fresh to frozen produce, but also essential goods, such as diapers and detergents. Each product has a code to scan using the smartphone camera to allow the app to register the grocery shopping. In the future, users may be able to ask for new items to be on sale or place orders, in order to satisfy and improve the relationship with his customers. 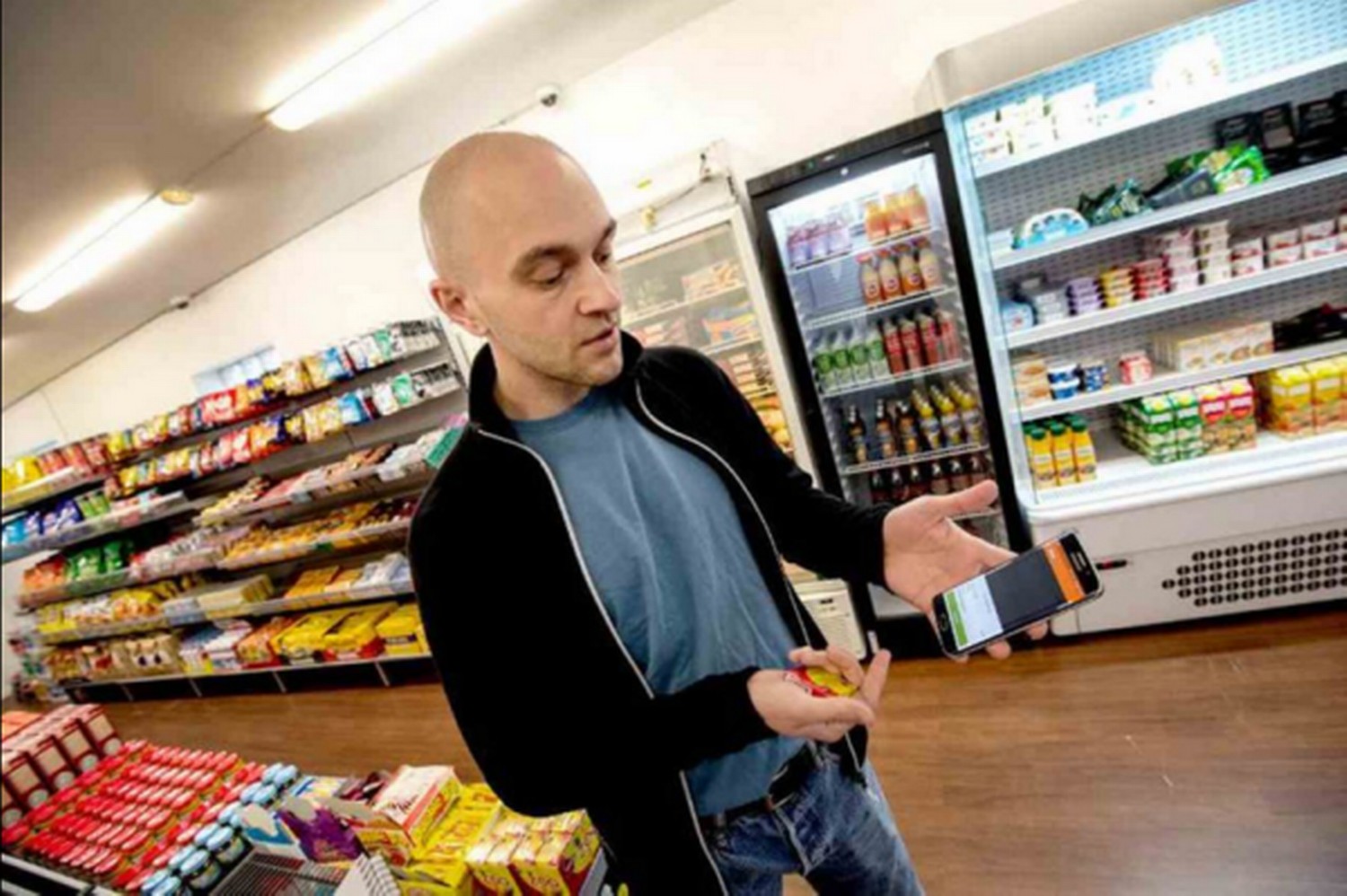 No checkout lines, no employees, no opening times or lack of money, because the app sends a monthly bill. Customers manage independently their grocery shopping: truly a low-cost DIY, because of the removal of personnel. Robert is the only one that takes care of cleaning, maintenance and daily stacking.

The owner has taken into account security as well: his 480-square-foot building is covered with six surveillance cameras. For security reason, the system will let the door stay open for 8 seconds before it automatically closes. Robert will automatically receive a text message in case there’s a problem with the door, such as forced entry. This method allows Robert to keep the situation under control while he’s not there.
This project, born by listening to citizens’ needs, works because of a typical Swedish characteristic: honesty. Surveillance cameras are not what keep burglars away, it’s the high level of honesty and respect for the city and its lack of vandalism and thefts.

Younger customers seem to be pleased with this smart shopping, not only for its low costs, but also for the service speed.
However, Robert is considering having one person in the store for a few hours a day to help customers, such as elderly residents, who aren't comfortable with modern technology.

In the meantime, business is booming and Robert wishes that his business could spread to little towns as well, where small convenience stores are disappearing because of bigger supermarkets, which are often many miles away.