According to the latest data provided by the research firm Strategy Analytics, Apple and Samsung are conquering the smartwatch market, with a share of 66% in Q1 2016. Sales are growing 223% annually to reach 4.2 million units in Q1 (against 1.3 million in Q1 2015).

As for smartphones, the two technology giants are responsible for 40% of the global shares and Samsung is ahead. As for smartwatches, they are trading places. The Cupertino company has a 52% share with 2.2 million Apple Watch units sold, while the South Korean company stops at 14%, with 600.000 Gear watches sold globally. 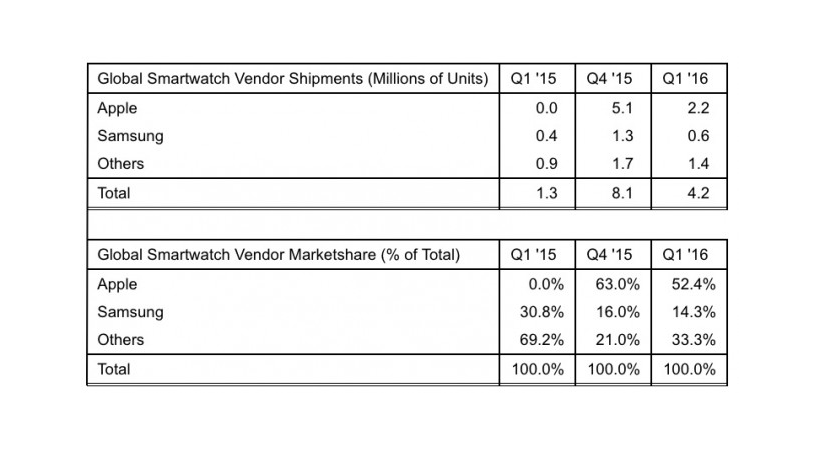 However, the two leaders are still losing shares because of their competitors. Compared to the previous year, on December Samsung lost 2% while Apple reached 11%. This occurred because the offer of wearable devices is getting richer and richer and many companies want to take advantage of this market.
In the near future, Apple and Samsung should still keep a certain distance from their competitors. Rumor has it that many new smatwatches will be launched in 2016, especially the new Apple Watch and Gear S3.

These numbers are still low when compared to the first smartphone sales, probably because the technology is still young: Apple Watch is 1 year old and Gear S2 is even younger. Users are still waiting for better apps and usability, an enhanced battery life and an autonomous 4G connectivity.